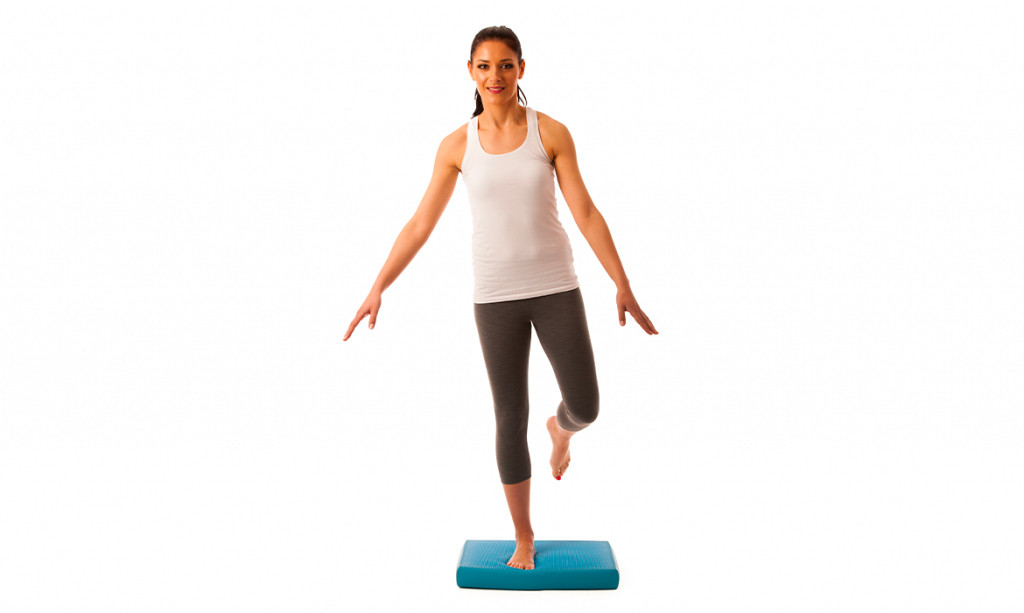 The purpose of this study was to determine the short-term stabilometric effects of proprioceptive training in athletes by using a BOSU ball and a Swiss ball as unstable platforms. Thirty-seven athletes from a variety of disciplines were divided into a control group (n = 17) and an experimental group (n = 20). Both performed a warm-up, and in addition, the experimental group carried out a proprioceptive exercise session after the warm-up. Proprioceptive exercise session consisted of six 25-minute exercise sessions with the BOSU ball and the Swiss ball as unstable platforms. Bipedal stabilometry was assessed before the training session (M0), immediately after training (M1), 30 minutes later (M2), 1 hour after training (M3), 6 hours after training (M4), and 24 hours after training (M5). Analysis of variance (α = 0.05) revealed significant differences immediately after training (M1) in speed (p = 0.022) and length covered by the center of pressure (p = 0.021) in the experimental group. These differences were even more acute 6 hours later (M4; p = 0.021). In fact, the same group exhibited significant differences in mediolateral position after 30 minutes (M2; p = 0.001) compared with the baseline measure and the control group. Apart from these, no other significant differences were found. A proprioceptive exercise session using a BOSU ball and a Swiss ball as unstable platforms induced short-term negative effects on the stabilometry of athletes. Likewise, an immediate trend to improvement was apparent in the stabilometry of the control group after the warm-up.